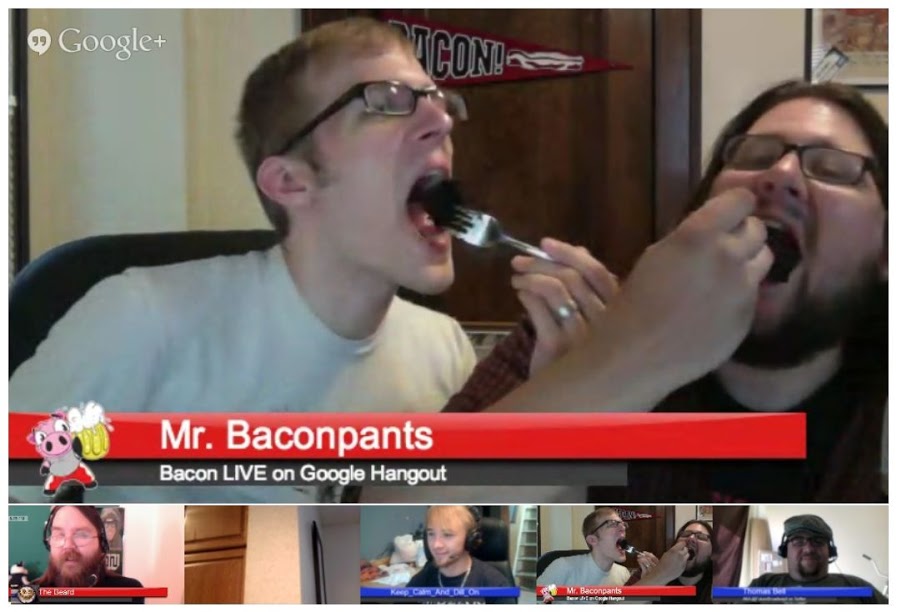 This show was recorded on Jul 17, 2013. We talked about, beer-battered bacon, a bacon wrapped smoked turkey leg, a “Porkabello” kebab made with gouda stuffed mushrooms wrapped in bacon, “cheesy bacon bombs” made with pepper-jack cheese stuffed crescent rolls that are wrapped in bacon, deep fried then covered in garlic butter. We also covered a bacon loving hotel guest, Bacon Weave Quesadilla, and how Super Man saved bacon. We talk about a lot of other great things but you will just have to watch or listen yourself to find those gems.