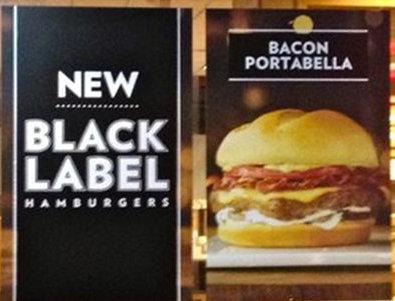 Itâ€™s pretty common knowledge that when a fast food chain has a new burger they donâ€™t just release it nation wide and cross their fingers that it will be a hit. After it goes through extensive taste testing in their own privet kitchens the food the burger is then sent out to a â€œtest market.â€

A test market is when they pick a couple areas of the country and sell the burger exclusively in those areas. Then based on the sells they decide if itâ€™s worth it to release it nation wide.

All chain restaurants do this and itâ€™s a good way to test the waters before jumping in but I do have a slight problem with it. It used to be that if some small town in California got to test a special burger I wouldnâ€™t find out about it until it was given the go a head and released across the country and if the burger failed I would never know it even existed but the internet has changed all that.

Thanks to the internet I now know that Wendyâ€™s is testing out a couple new burgers they are calling their â€œBlack Labelâ€ burgers. The â€œSanta Feâ€ burger is a quarter-pounder with pepper-jack cheese and guacamole and the â€œBacon Portobelloâ€ is a quarter-pounder with mushrooms, muenster cheese, bacon, tomato, and pepper sauce. Those sound freaking amazing and I would love to sink my teeth into them but unfortunately they are only available in Columbus, Ohio and Wichita, Kansas.

So now I have to sit around and hope all those Columbus and Wichita people buy enough of those burgers so I can get a shot at eating them. I canâ€™t stand having the fate of my dinner in the hands of people Iâ€™ve never met. Screw this Iâ€™m not going to sit idly by while others make poor combo selections and possible kill the â€œBlack Labelâ€ burgers before they even have a chance to live. Columbus is only 3 and half hours from my house. If anyone needs me Iâ€™ll be in my car, driving.