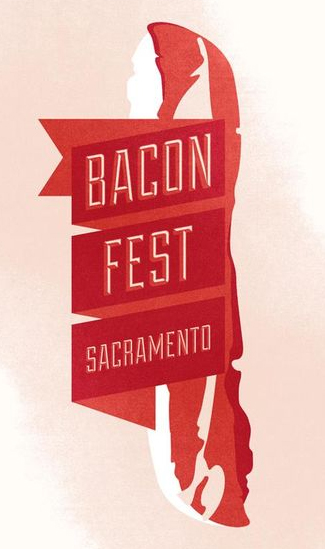 Man, every time I turn around another Bacon Fest is popping up. Pretty soon thereâ€™s going to be a Bacon Event every month of the year. Not that Iâ€™m complaining. I just wish I could afford the air fair to check them all out.

The newest Fest is based in Sacramento. Local musician Brain Guido and Managing Editor for Sacramento News & Review have teamed up with five local restaurants for the first ever Sacramento Bacon Fest but unlike most Bacon Fests this one seems to be more of a weekend filled with bacon activities then just one day of pork belly love.

After seeing the success of the Blue Ribbon Bacon Fest in Des Moines and the Chicago Bacon Fest , Guido thought, why not Sacramento.

The event runs from January 20 through the 22nd with each day having a bacon inspired events at local restaurants.

The Bacon Fests Iâ€™m more used to consist of one day where people over indulge on various bacon dishes all while washing them down with a good beer. Although I like the concept of making the Fest an entire weekend and highlighting local restaurants I would really like to see an all day event like Blue Ribbon Bacon Fest does. But hey itâ€™s their first year so it makes sense to start out small and Iâ€™m sure everyone will have a great time. Then next year they can expand and make it even better.

For more information click here and if anyone out there is in the Sacramento area and is going to the Fest, feel free to send sent us some pictures and video so we can let the rest of the world see what Sacramento has to offer.